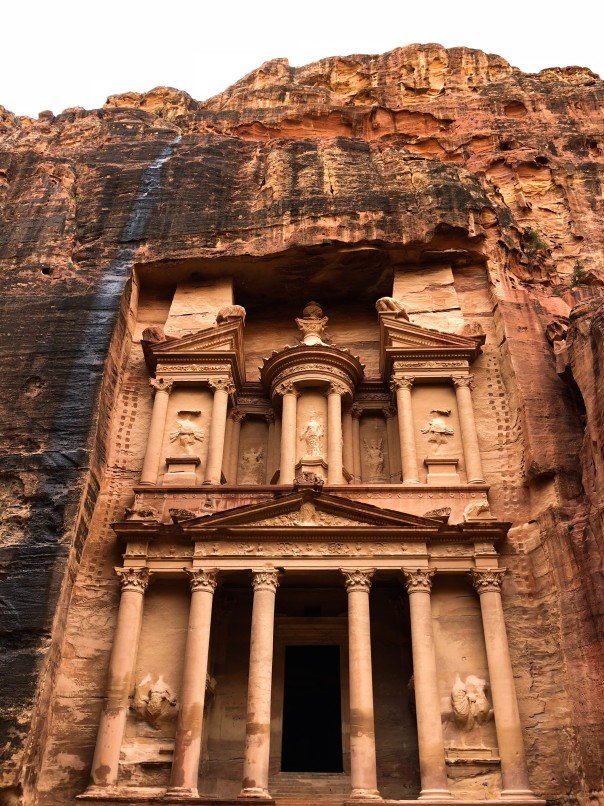 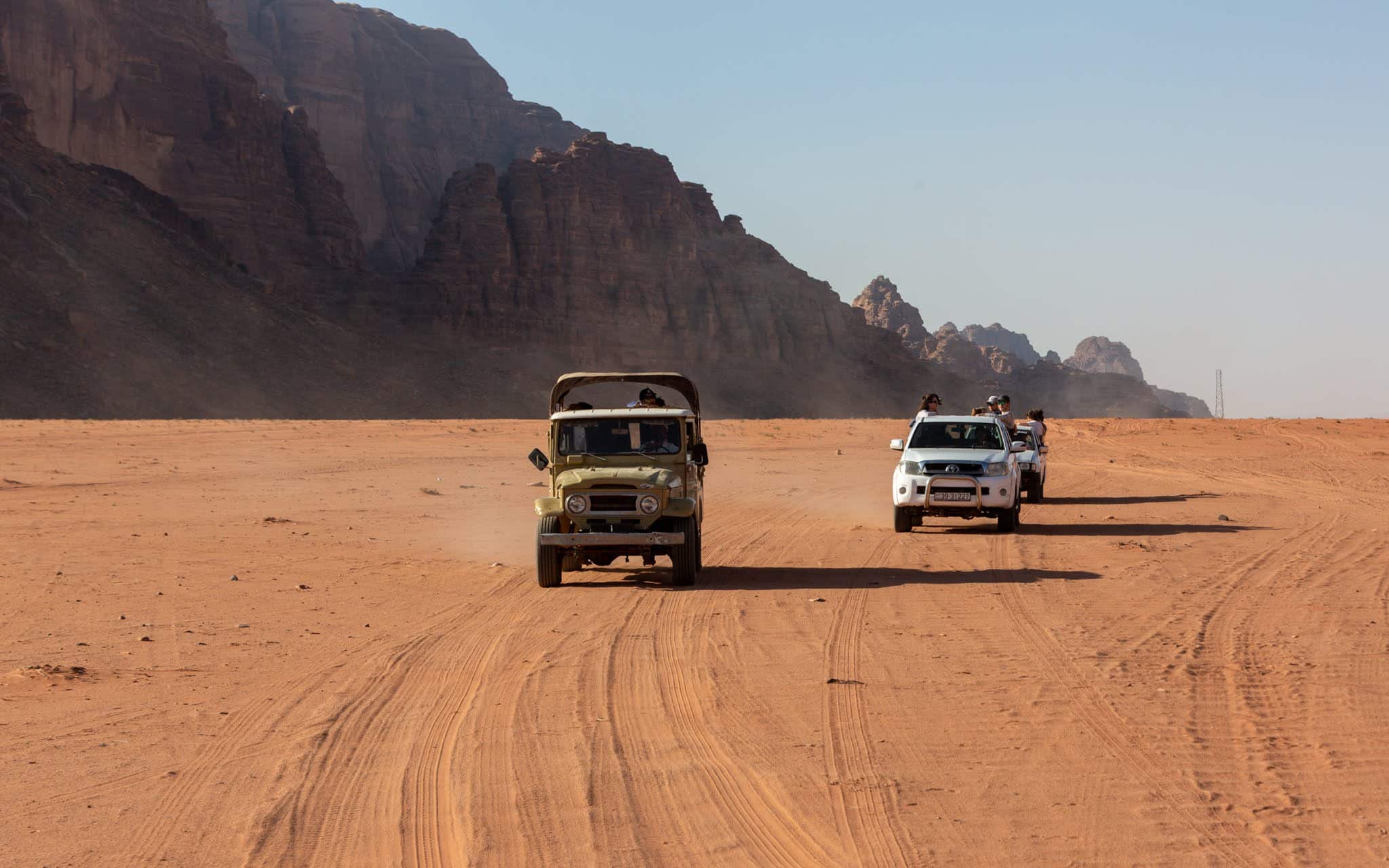 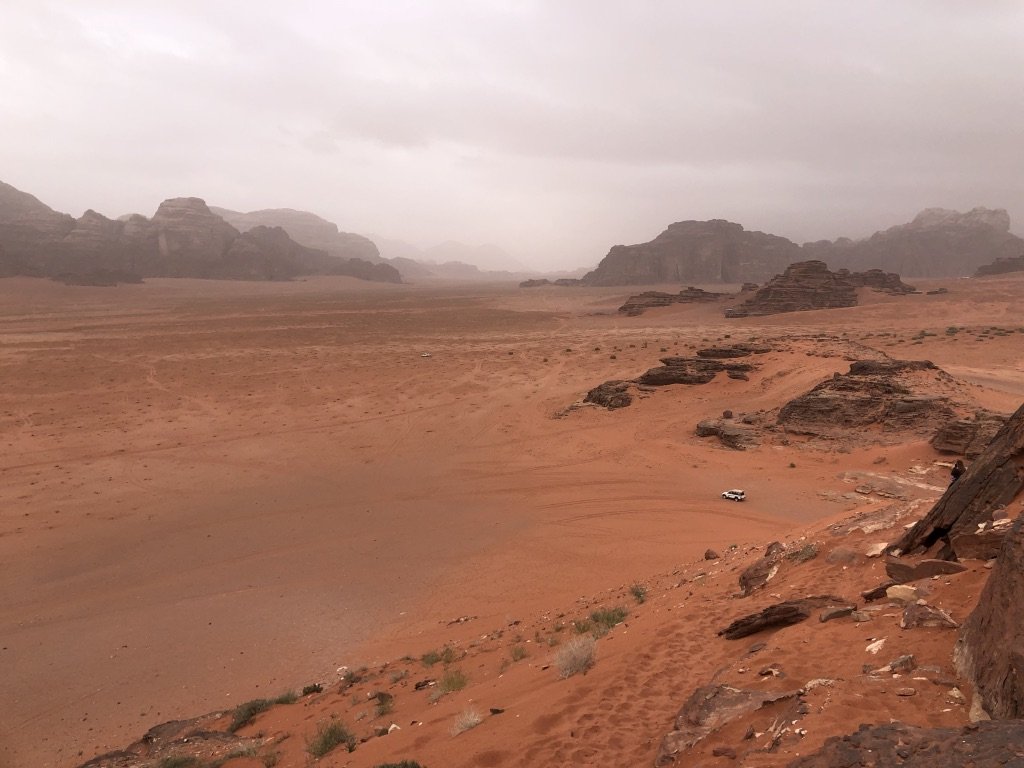 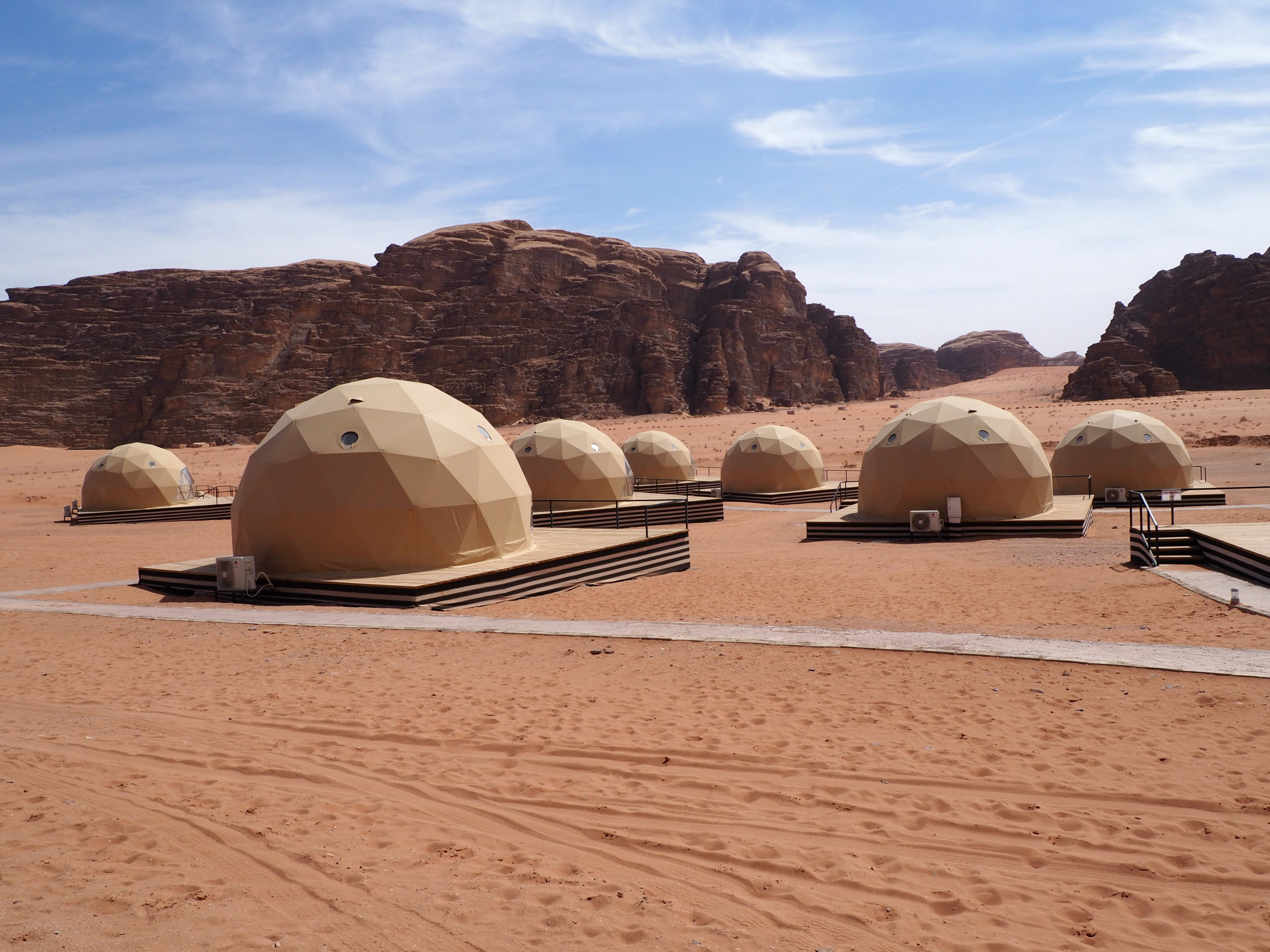 Our 3-day private Jordan Through the Movies Tour allows you to feel as though you've been transported into some of your favorite films as you visit their iconic filming locations throughout Jordan.

Free Cancellation Up to 48 hours in advance

No Pre-Arranged Visa Needed For most nationalities

Experience Jordan through the movies on this exciting private tour. Jordan has become quite a hit among movie-makers, with more and more blockbusters being filmed in the Hashemite Kingdom and propelling the country’s most iconic sites, such as Petra and Wadi Rum, onto the screens of hundreds of millions of fans around the world. The recent surge of Oscar-nominated movies filmed in Jordan (in 2016, two Oscar nominees were filmed in Wadi Rum), has led us to create this 3-day Highlights of Jordan Through the Movies Tour which takes you on a journey through Jordan with a twist, as you retrace the footsteps of the movie stars themselves.

Start from Eilat, Tel Aviv, or Jerusalem in Israel (transfer into Jordan through the Beit Shean Crossing) or from Amman or Aqaba in Jordan.

Meet your expert guide, who will combine the history and culture of Jordan with the star-studded impact of the movies. The first stop in Jordan will be Jerash, one of the most impressive ancient Roman cities from history. It’s also the place where Jeremy Clarkson and his Top Gear co-stars created the sport, ‘Old Testament NASCAR’ racing through the same spots where the Romans raced their chariots thousands of years ago.

After driving south, near the capital city of Amman, you’ll visit Mount Nebo, where Moses viewed the promised land after walking for 40 years in the desert. As sunset approaches, transfer to Petra where you’ll stay overnight in the village of Wadi Musa, just outside the entrance to the rose red city.

On day two, see the highlights of Petra with a specific focus on their movies: see the Treasury, perhaps most well known from Indiana Jones and the Last Crusade and also featured in Transformers: Revenge of the Fallen. Petra is one of the New 7 Wonders of the World, and its enormous size is simply out of this world, making for a perfect movie setting. Your guide will take you through the city, past the most iconic movie locations, and into some of the lesser-known nooks and crannies.

Departing Petra, you’ll head south as we transfer to Wadi Rum, the valley of the moon. You’ll stay overnight in our Bedouin Camp, one of the most special places to stay in the valley, and the same camp where Matt Damon stayed for one month during his filming of The Martian (2015) (upgrade to the same suite as Damon is available for extra cost). Incidentally, Damon said of Wadi Rum: “I was in awe of that place, it was really, really special. One of the most spectacular and beautiful places I have ever seen, and like nothing I’ve ever seen anywhere else on Earth”


Head out into the desert of Wadi Rum the following morning, led by our local Bedouin guides who will take you off the beaten track in the valley of the moon. As locals who grew up here, they are unrivaled in their knowledge of every crack of this desert landscape and are able to bring the movies to life as your ride on their open top jeeps across the bright red landscape.

Wadi Rum has become popular in the movies as a lunar-like setting hard to find on Earth, and recently, thanks to its similarity to the landscape of the planet Mars. As well as The Martian, where Wadi Rum represented the landscape of Mars, Theeb, another 2016 Oscar nominee, was entirely filmed in Wadi Rum. The red desert of Wadi Rum was also featured in Red Planet (2000) but it is most famous as the filming location of Lawrence of Arabia (1962) which recounted historic events which took place here in Wadi Rum, and was mostly filmed on location.

From Wadi Rum, head south to Aqaba, Jordan’s window onto the Red Sea, and enjoy the markets of this thriving city. For those returning to Israel, cross back into Israel and return to your point of departure.

To customize this tour even more, contact us to arrange a private tour to your liking.

The visa fee of $60 is waived on this and all three day tours to Jordan. 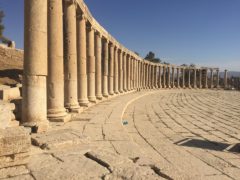 On the first day of the tour, you will cross the border into Northern Jordan, or begin your tour from Amman. Tour the architectural ruins at Jerash, and stay overnight in Petra. As this is a private tour, the exact schedule and content can be adjusted. 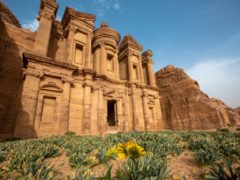 On the second day, wake up and explore the magnificent Petra. Stay overnight in Wadi Rum. As this is a private tour, the exact schedule and content can be adjusted. 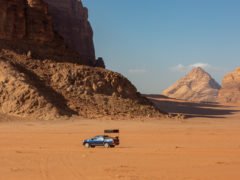 On the third day, you will explore the Martian desert landscape at Wadi Rum in a Jeep safari, followed by free time to explore Aqaba before crossing the border back into Israel. As this is a private tour, the exact schedule and content can be adjusted.

Fill out my online form.

Transportation to all sites from your start point in modern, regulated, fully air-conditioned vehicles.

Breakfast on days two and three

Accommodation in hotel and/or Bedouin campsite

All entrance fees – worth approximately $80-90

Other extras available upon request for all private tours

Border fee of $65 per person, paid in cash to the representative

Drinks and meals not mentioned in the itinerary

What do your tour prices include?
Each of our tours clearly states what is included in the price and what is not. Generally speaking, the listed tour price includes everything except for the border fee and visa fee – this means guiding, transport, and entrance fees are included on all tours. Where applicable, overnight accommodation, flight transfers, and meals are also included. Please read the detailed information on the tour you are booking in order to see exactly what is included.
When do I pay the border fees and visa fees?
For tours crossing at the Sheikh Hussein Border in the north – our representative will collect the $65 border fee in cash upon pickup. Our Jordanian representative will collect the $60 visa fee in cash on the Jordanian side of the border (only for those 2-day tours). For tours crossing at the Yitzhak Rabin/Arava Border in the south – our Israel representative will collect the $65 border fee in cash when you arrive at the border. Our Jordanian representative will collect the $60 visa fee in cash on the Jordanian side of the border (only for those on 1 and 2-day tours).
How does the border crossing work from Israel to Jordan?
The border crossing process is pretty simple and stress-free. All of our tours from Israel to Petra include border assistance service. More details about the crossing procedure at the Arava Border near Eilat (which the majority of our tours use) can be found here.
Can I pay in cash or credit card?
You will pay for your tour with a credit card when booking. Payment of visa fees, border fees, and tips must be in cash. You may bring cash and/or credit cards with you for personal needs on your trip.
Which countries can I combine with my visit to Petra?
Petra and Jordan lie at the heart of the Middle East and naturally combine well with neighboring countries, especially Israel and Egypt traditionally. As Saudi Arabia has opened to tourism, combining packages is increasingly popular, and similarly, as flight connections improve in the region, as do packages with the UAE and Dubai, as well as with other countries in the Mediterranean region such as Greece.
How much cash should I bring with me?
Everyone traveling on our tours should bring $65 for the border fee. Travelers on 1 or 2 day tours should bring $60 for the visa fee. It is recommended to tip your guide and driver $5. It is also recommended to bring extra cash for souvenirs, food, and other personal needs.
Will there be changes to the itinerary?
As per our terms & conditions, Petra from Israel reserves the right to change the itinerary at any time. This happens rarely and only to meet travelers’ satisfaction. These changes will be reflected on the website and will be emailed to you in a reminder about your tour the day before departure. Please also note that all times on the itinerary are approximate, as we cannot always account for certain delays, including traffic, weather conditions, and more.
What should I bring with me?
We recommend bringing good walking shoes, a hat, sunscreen, water, and snacks. Warm clothing/a jacket are also recommended for overnight tours and tours during the winter months. We also recommend that you bring extra cash.
How can I upgrade to a Martian tent in Wadi Rum? How much does it cost?
Upgrades are subject to availability, so requests must be made in advance.  Accommodation in deluxe tents (with private bathroom and AC) is already included in the price. If you want to upgrade to Martian dome tent, the price is $240 per tent ($120 per person when shared). The upgrade must be arranged upon booking. Please contact us after completing your booking to confirm your Martian tent upgrade.
What if I’m traveling alone?
Visitors traveling alone on our tours will be charged a single traveler supplement fee of $25/night. If you are staying in the Bedouin camp, you have the option to upgrade to a Martian tent, which you will have to pay the entire price for if you are not sharing it with another traveler.

Do children need to pay full price?
Children under 12 receive a $70 discount on all tours. Babies under 2 are offered all tours for free if they sit on lap (please note we don’t provide baby-seats).
Is there a discount for students?
Students receive a 5% discount on all group tours. 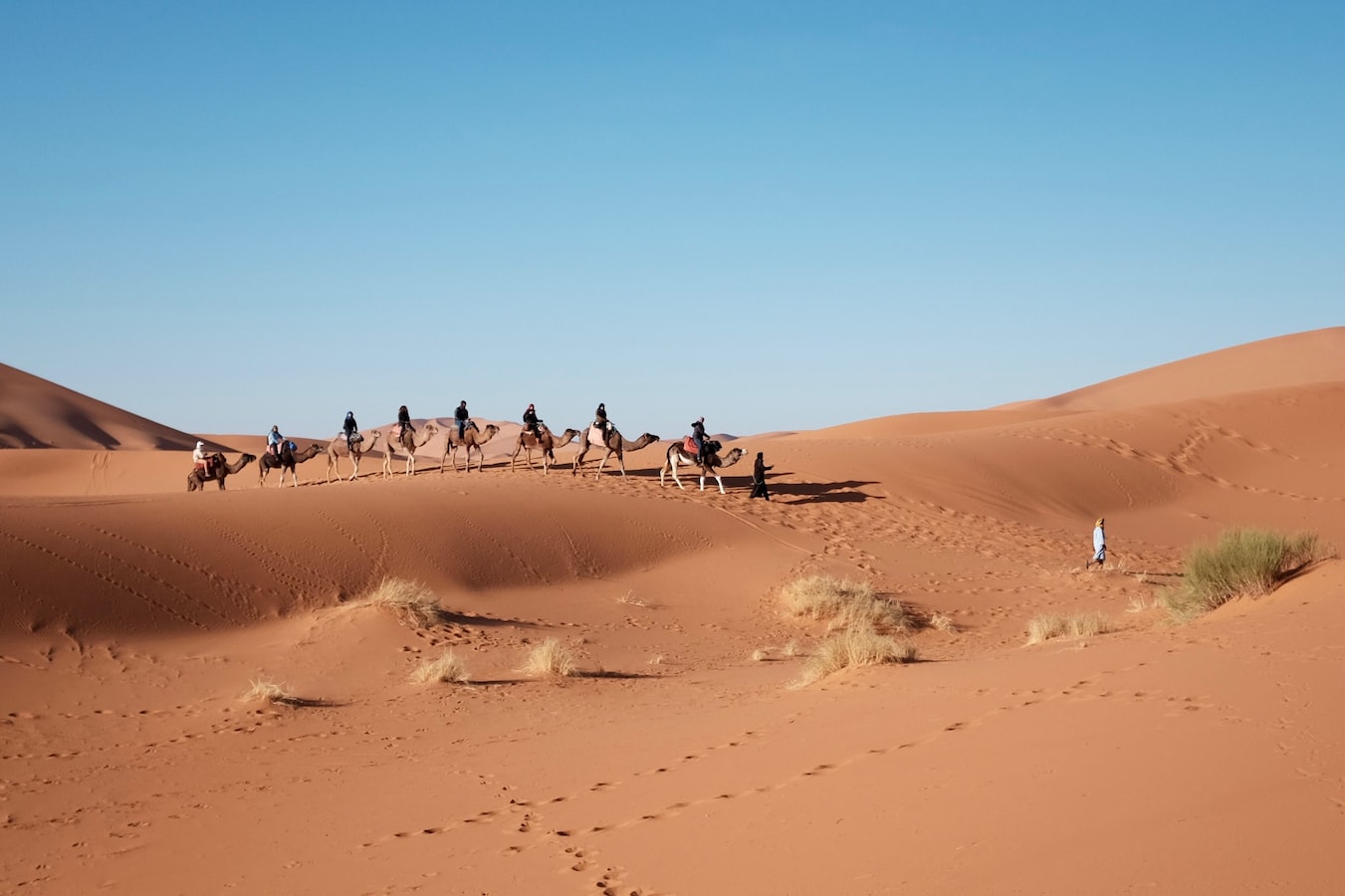 Still have questions? Send us a message.

We will be happy to answer any other questions you may have. 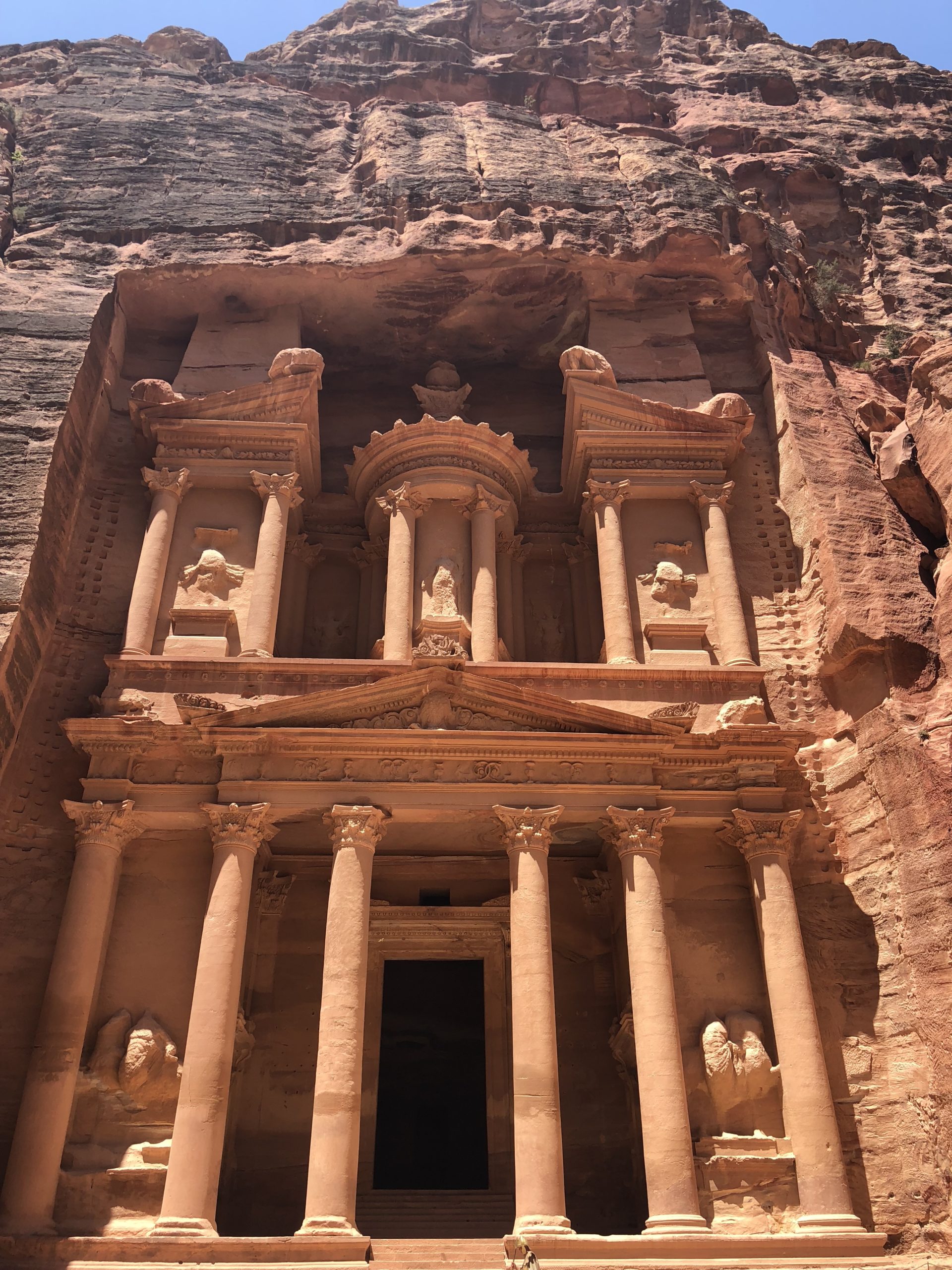 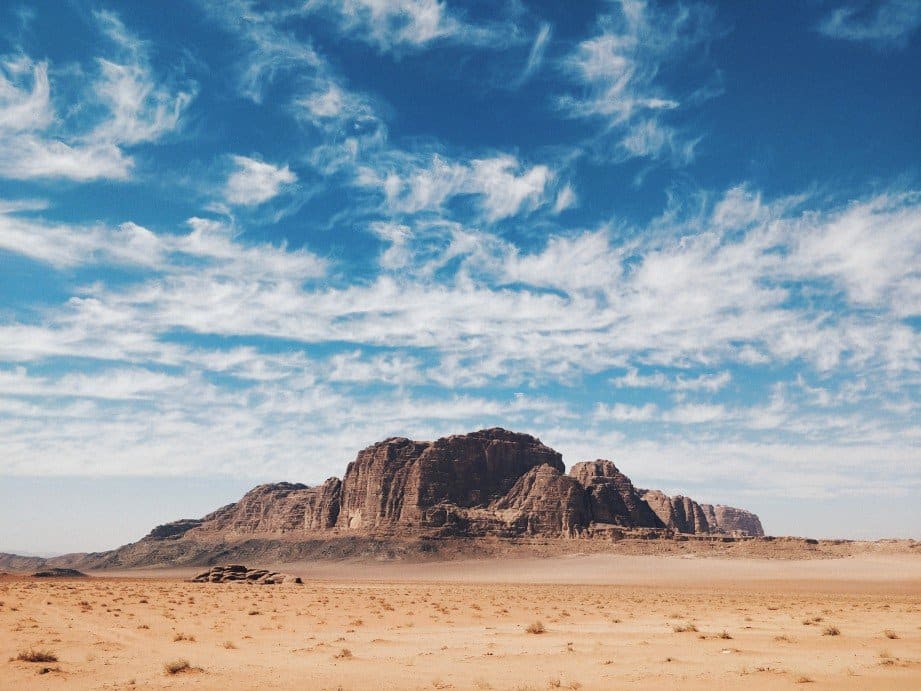 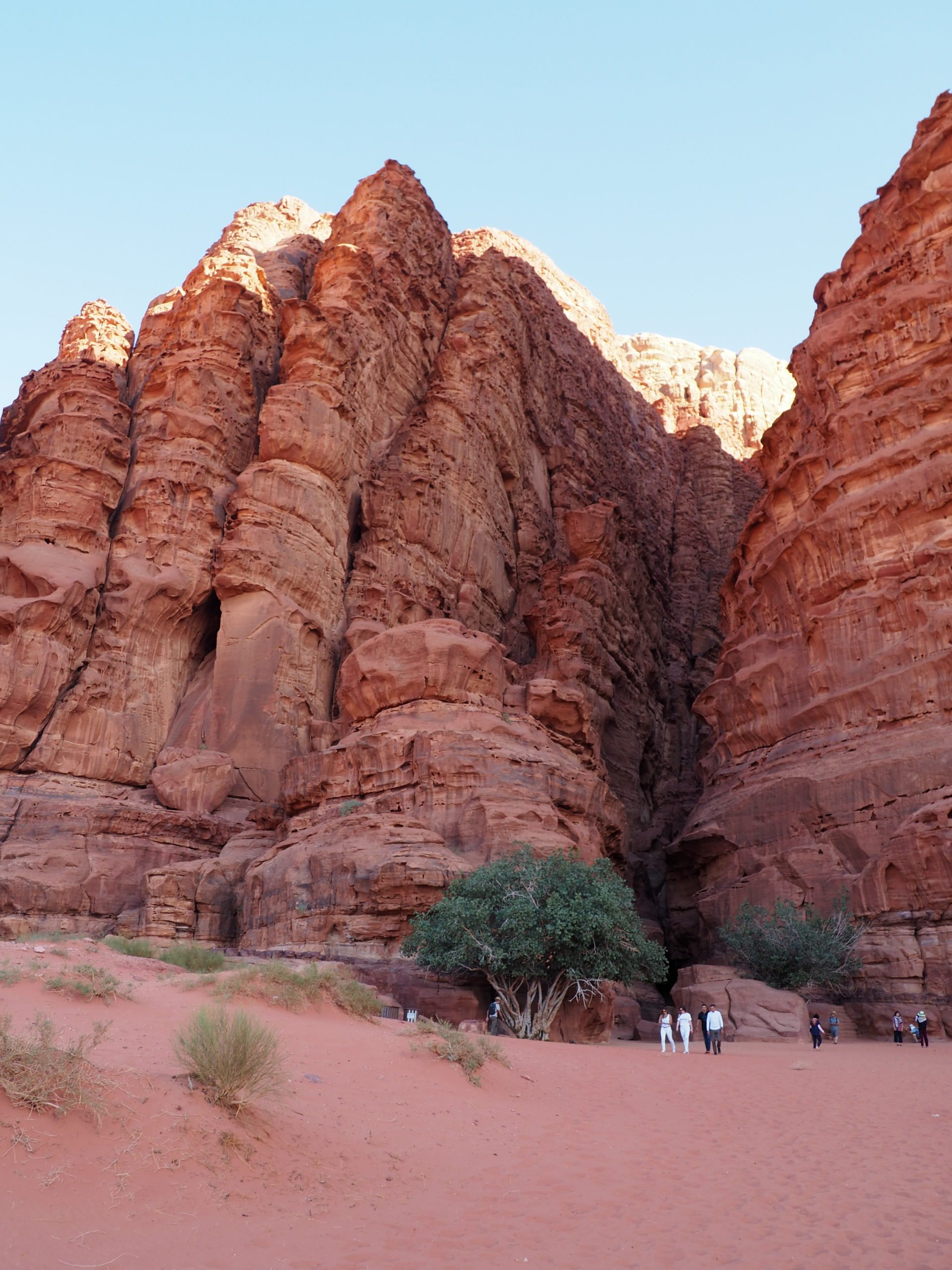